English
Stefanos Tsitsipas back in Rotterdam Greek top player Stefanos Tsitsipas confirms his participation in the ABN AMRO World Tennis Tournament 2021. The current number 6 in the world will compete for the fifth time in Rotterdam Ahoy. The tournament will be held from 1 to 7 March.

Stefanos Tsitsipas: "It is always a pleasure to be back in the Netherlands. I like the people and the atmosphere. It also feels like a privilege that I have been able to play many tournaments there from the very beginning of my career. I look forward to being in Rotterdam again in March.”

Tournament director Richard Krajicek: "For us, Stefanos Tsitsipas fits in the line of talents that we gave a chance early in their career and that have since risen to great heights. It is no coincidence that he can be admired in the ABN AMRO World Tennis Tournament for the fifth year in a row.”

How quickly the development of Tsitsipas has gone is well illustrated by his participations in Rotterdam. At his debut in 2017, he still needed a wildcard as number 205 in the world. A year later the qualifying tournament was the endpoint, but in 2019 he returned as number 12 in the world. In 2020 he was already an established name in the global top 10. At the moment he still occupies the sixth place in the ATP Rankings.

While tennis fans in the Netherlands have known Tsitsipas for a number of years, he made his international breakthrough with a win in the Nextgen ATP Finals in Milan in 2018. He turned out to be the best of the players aged 21 and under. A year later he reached the peak of his still young career. He captured the title in the ATP Finals in London, after victories over Medvedev, Zverev, Federer and Thiem.

Famous on and off court

Tsitsipas has a large fan base. Not only in the tennis world, but also beyond the courts. People love to follow his activities on social media, where he shares his experiences as a world traveler as "Steve the Hawk". 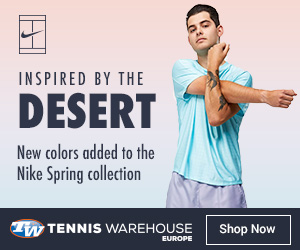